Published by communications on March 28, 2014 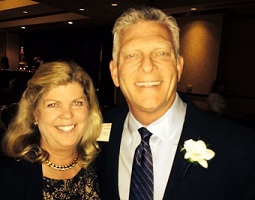 Another Cursillista was selected, last Saturday night, as The Catholic Man of the Year 2014. Greg Weiler, a long time Cursillista, celebrated his twenty-year anniversary of being a Cursillista by hearing his name called out during the Saint Joseph’s Radio annual event. Fifteen men were honored this year as outstanding ambassadors of Our Lord Jesus Christ! Each of these men spend much time and talent evangelizing in so many magnificent ways. After the celebration, Greg Weiler briefly reminisced about his Cursillo # 263 table president, David Robinson, and his rector, Ken Clark, from March 1994. Job well done, good and faithful servant!

Palanca can go a long way!

Good day to you all Cursillistas! Deacon Doug has requested that we submit palanca for the Cursillo that will be held on Sept. 3-6! Though we haven’t been able to hold a weekend for quite Read more…

All Cursillistas are being called, please read!

De Colores Fellow Cursillistas! Please see the information below. It is a memo from the National Cursillo Service Administrator, Nadia Lopez Valladolid, regarding the month of June and the Day of Prayer National Palanca Intentions. Read more…